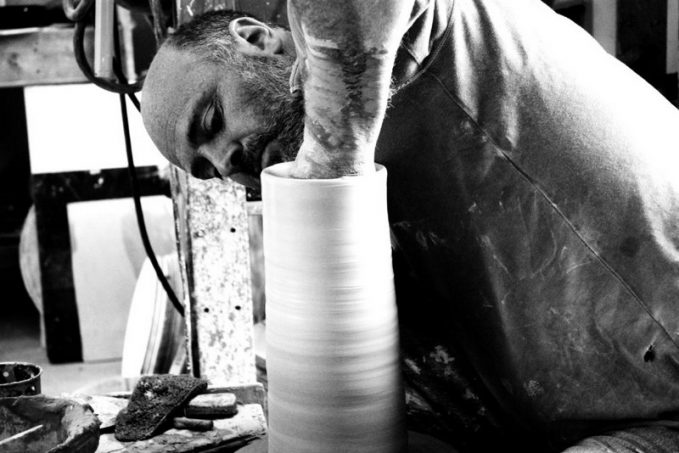 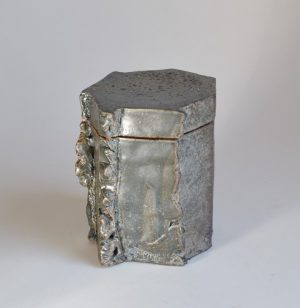 Andreas Münz (1965) studied the art of sculpture in Hamburg. After visiting Japan for studies and symposia he converted to the aesthetics Wabi-Sabi being in vogue in Japan at the time. Wabi-Sabi is warm, dark and mat, the shapes are organic and not strongly delineated. Not the overtly beauty is the highest but the hidden. Andreas fires his creations since 2013 in a modern wood kiln, which is far more efficient than the traditional wood kilns such as  the Anagama and he achieves comparable results as to firing traces, glaze building and ash assessment in shorter time and with less wood consumption.

We met Andreas Münz at the Keramik Tage Oldenburg 2017 where he stood out for his unconventional conception of sculptural boxes. He cut and tore these from (porcelain)clay masses, formed around a hollow tube or from massive body. We then invited him to participate in the Ceramic Boxes exhibition in September and October 2018.