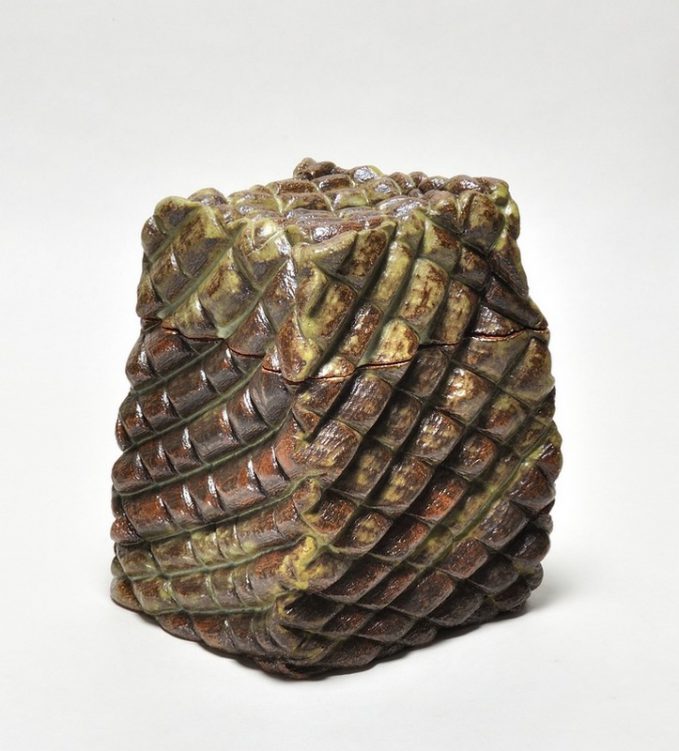 From Saturday November 14, the German artist Sebastian Scheid (1962-Hanau) will be exhibiting his ceramic work that consists of stoneware and porcelain which is both thrown on the disc and formed by hand. He is the son of the ceramicist couple Karl and Ursula Scheid, famous in Germany, and it is therefore not surprising that he too was attracted to working with clay. So much so that at a very young age he gained experience during the school holidays with well-known ceramists in England. After high school, he followed a 3-month internship at the Dartington potteries, then 6 months with Ruth Duckworth in Chicago and in 1984 he became a student of Tatsuzo Shimaoka in Japan for 2.5 years. He then started to participate in exhibitions in Japan, which he combined with workshops with ceramicist friends, among them Chikako & Masamichi Yoshikawa in Tokoname. All this until 1997 when he started a family and established his own studio in Düdelsheim in Germany. What followed was a learning path to achieve his own style of working, completely different from the work of his famous parents Karl and Ursula Scheid. 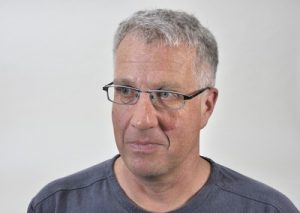 Sebastian threatens the clay like a sculptor. He starts from the mass that he forces with knives and cutting wire to take on the shapes he imagined. These shapes can be austere and geometric, architectural like the work of Masamichi Yoshikawa, but also whimsical and evoking reminiscences of shapes in nature. In doing so, he likes to make full use of the character of the material. Stoneware mixed with coarse chamotte that leaves its mark on the cutting edge by the wire or in the pattern that a comb draws across the surface. A surface that can be further processed by hitting a rhythmic pattern with a wooden rod. By hollowing out the shapes, functional vase shapes are created. By cutting through and hollowing them out, box shapes are created that when opened show a strong contrast with the outside. Smoothed on the inside with porcelain slip and glazed with, for example, a subtle pale celadon.Sebastian also works with pure porcelain, which he turns into elegant shapes on the disc or, in combination with a faceted or beaten surface, develops into monumental-looking vase shapes or again small box objects. Reducing fired with a celadon glaze.

Sebastian Scheid was awarded the Grassi Prize at the Grassi Messe Art Fair in Leipzig in 2010. This year he won the first prize in the award of the Perron Art Prize 2020 from the Municipality of Frankenthal.

Note: From 12 November on, individual pieces by Sebastian Scheid will be depicted on the Dutch page of this exhibition. Tick the Dutch flag symbol on top of this page.