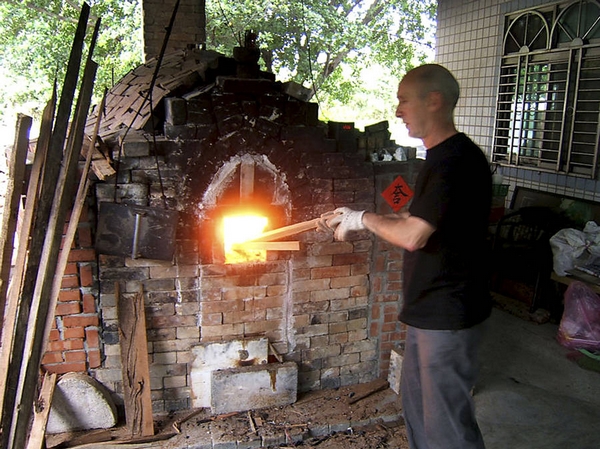 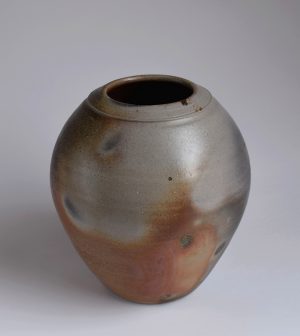 1973-1975 Working periods in various workshops in the Netherlands

Her makes intriguing objects  that deal with opposites and extremes that touch each other. They arouse the sense of touch, and thus the most elementary form of curiosity, through which a contemporary art object can finally reveal itself in its most natural form.

He uses the anagama wood kiln, the gas kiln and a special kiln for firing salt glaze. 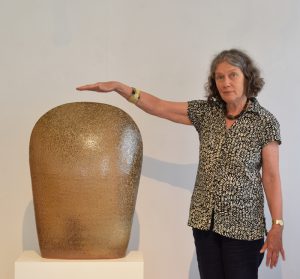 He says the following about his latest works that are now exhibited here: My fascination with stones dates back to the mid-sixties. As a teenager I often went swimming in the summer along the IJsselmeerdijk between Durgerdam and Schellingwoude. The lower half of the dike consisted of stones. One of them, a piece of red granite, kept drawing my attention while I was there. I then pry that stone out of the dike and took it home on the back of the bicycle on a bed of reeds and grass. For years this stone has held a special place in my room. When I left the house I placed the stone back in the dike. Houses, gardens and stones, you actually borrow everything for a certain period of time, you can take care of it for a while, form a bond with them.

N.B. Works in the exhibition can be viewed on the Dutch version of this page!