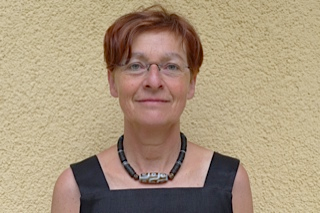 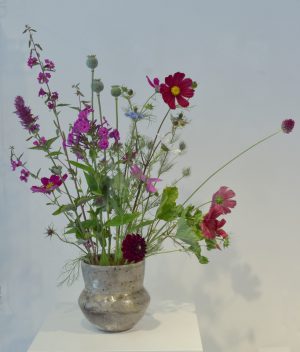 Sybille Abel-Kremer (b. 1954 Wiesbaden) After studying biology and geography  started in 1991 a study in visual art with specialization in ceramics. That was at the Johannes Gutenberg University in Mainz with Professor Volker Ellwanger. After completing that training, she established her own workshop in 1995 in Markkleeberg near Leipzig. She found her source of inspiration in the ceramics as it was made in the period between the Bronze Age and that of the large population movements in Central Europe. Not with the intention to imitate the forms of that period but precisely to emphasize the timeless relevance of this ceramics. It is limited in its forms to vases, bowls and boxes of thick-walled stoneware that are finished with Shino- feldspar or iron glaze. Her work is fired at a high temperature in a reducing atmosphere.

Sybille exhibited in 2014 for the first time in our gallery. She also participated in the vases exhibition in the spring of 2016.

See for pictures of her work we have in stock on the Dutch version of this page.